HomeFinanceWays how Popular German Bank Logos were made
Posted by: Roy Jenkinson, February 17, 2015

Germany has a long history in banking and is an example to how other countries operate their banking system. Recently, German private banks have reached a peak point in obtaining new markets and raising new capital. This has led to a situation where German bank logos can be easily recognized in many countries throughout Europe and other parts of the world. Some German bank logos are very obvious of their origins due to the usage of German words in them, but in general this is not the main reason why they are being recognized. In fact, it is the success of German banks that gains promotes them internationally. That is why we can all recognize at least one logo of a German bank but we don’t really know the bank and its history. 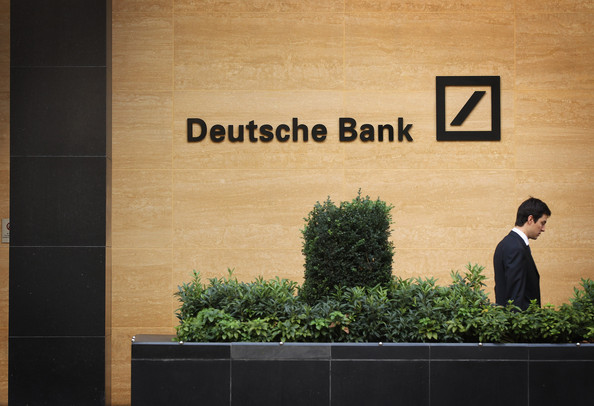 In order make things a litter more familiar we have set up a short list of the most famous German bank logos and a brief history of how they were made.

Deutche Bank is a giant in the banking industry in domestic and foreign markets. Their presence in Europe is pretty big, with many branches opened in several European countries and worldwide employer base counting more than 100 000 professionals. As an old bank, Deutche Bank has retained its original logo designed in 1972 by Anton Stankowski – one of the most famous German bank logos. The logo is popularly known as Slash in a Square and supposedly it reflects “growth in a risk-controlled environment”.

Savings banks in Germany are organized under one roof as the Sparkasse Bank. The Sparkasse Bank is the most influential group of German Investment banks, As such, its logo is another one of many popular German Bank logos. This one is really a common seeing in many European metropolises and tourist destination, but in other developed cities as well. The logo is a bold letter “S” with a red dot over it – you cannot miss it if you see it!

One interesting bank with a story is GLS Bank. Apparently, the bank was created with different intents than other banks, and that was helping only people who really needed investment money for ethical projects. It is the first bank with ethical philosophy operating on German soil and it has an interesting logo with an even more interesting slogan: das machs sinn (that makes sense). Undoubtedly on of the most interesting German Bank Logos.

These are just a small example of German Bank Logos and how they are being used by these financial institutions to express their purpose and goals, but to trigger a need in the customer’s perception.

Ways to Ensure SMSF Success: Criteria to Meet We all want financial stability, especially on the long run when we think of our future. Lucky ...

Qualities of a Highly Successful Mortgage Broker Contents1 Excellence in Communication2 Helping People to Find the Best Mortgage for Them3 Makin ...

How to Choose Best SMSF Providers That Will Give You the Best Service for Your Money Want to keep track and be in control of your retirement savings? Well, SMSF (Self Managed Super ...

The Positive Impact of Proper Management Consulting for Your Business It’s not the fact that it’s hard to run a business and actually be good at it; it&# ...