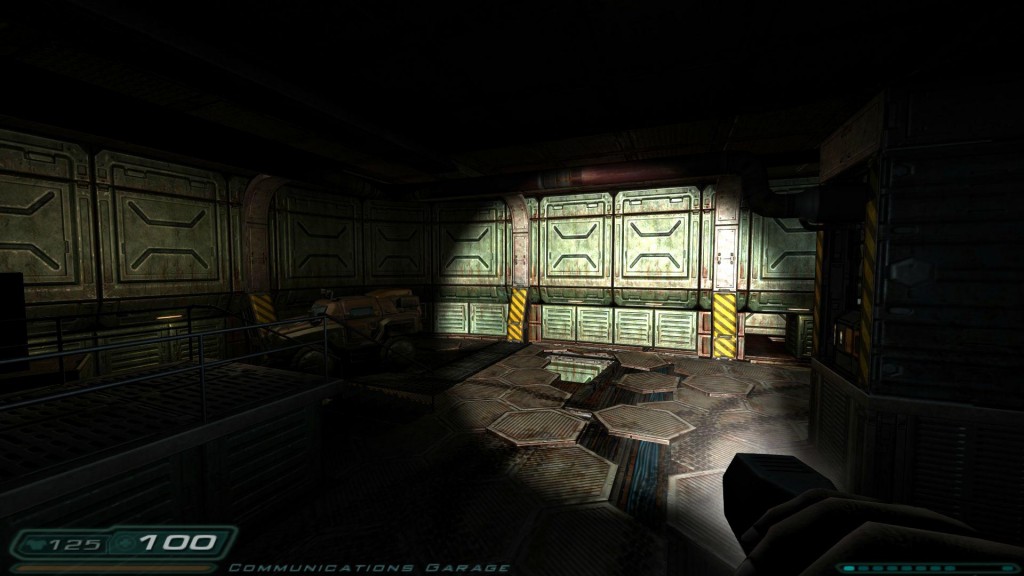 There is this video game I used to play, called “DOOM 3”. It is a shooter game set on a Mars colony in the future, where you have to fight through hordes of alien-zombie-demon-monsters, or whatever, and it’s a really awesome game that provided hours of fun while I played it. Now, the thing that I found funny about this otherwise scary game was the flashlight feature. And I wasn’t the only one to notice that. In fact, the whole gaming community made a ton of jokes about the “DOOM 3” flashlight. Apparently, in the future, although they have laser guns, plasma guns, flame throwers, and what not, they don’t have the technology to mount a flashlight on a weapon. So, you can either hold a flashlight in your hand or a weapon, but not both at the same time. This was a problem because for most of the game you are navigating through dark spaces with danger lurking around every corner and by the time you switch from the flashlight to a weapon, you are zombie chow. I mean, haven’t they heard about LED tactical light, or even duct tape? The only thing that’s tactical about the “DOOM 3” flashlight is that it’s big and strong enough to bash monsters with it.

I have to admit, I kinda liked the flashlight feature since it kept you alert at all time and made the game much more intense. However, real life is obviously not a video game (unless you believe in the simulated reality theory). When it comes to flashlights, different people have different needs, but most of us want something that’s bright, durable, and reliable. However, tactical users, such as the men and women in uniform, need a certain set of features and functions to meet their needs. So, if you are looking to buy an LED tactical light, here are the main things you need to consider.

A tactical flashlight should have a huge output. The latest LED technology allows brightness up to 2000 lumens or even more, but usually anything over 500 lumens should do the job. Along with a powerful LED, it should be also fitted with lenses and reflectors that enable even distribution of light across the beam.

It goes without saying that a rugged construction is very important. So, look for a flashlight made from tough materials that are able to withstand any form of abuse such as impact, scratches, moisture, and corrosion. Top quality tactical flashlights are usually made from military grade aluminum, steel, and if you are willing to pay some extra cash, you can get one made from titanium.

An LED tactical light must have an easy to operate interface and multiple output modes. Sometimes you need just a little light so you wont give out your position and sometimes the strobe mode save your life. The interface should allow you to toggle between different modes with a single hand allowing you to operate a firearm with your other hand for example.

And finally, a tactical flashlight should have a weapon mounting system. This will allow your handheld light to easily become an effective weapon light. Unlike regular flashlights, tactical ones are designed to withstand the shock and recoil from firing the weapon.

Some of the most popular top notch LED tactical light brands are Nitecore, ThruNite, Sunwayman, Olight, and a few others, and you can order them all online.

A Buyer’s Guide to Rechargeable Torches Torches are useful everyday appliances, don’t you think? Oftentimes, even in situations as simp ...

Camp the Right Way: Choose Proper Headlights for a Safer Trip Camping trips are supposed to be a relaxing, enjoyable experience that gets you closer to natur ...